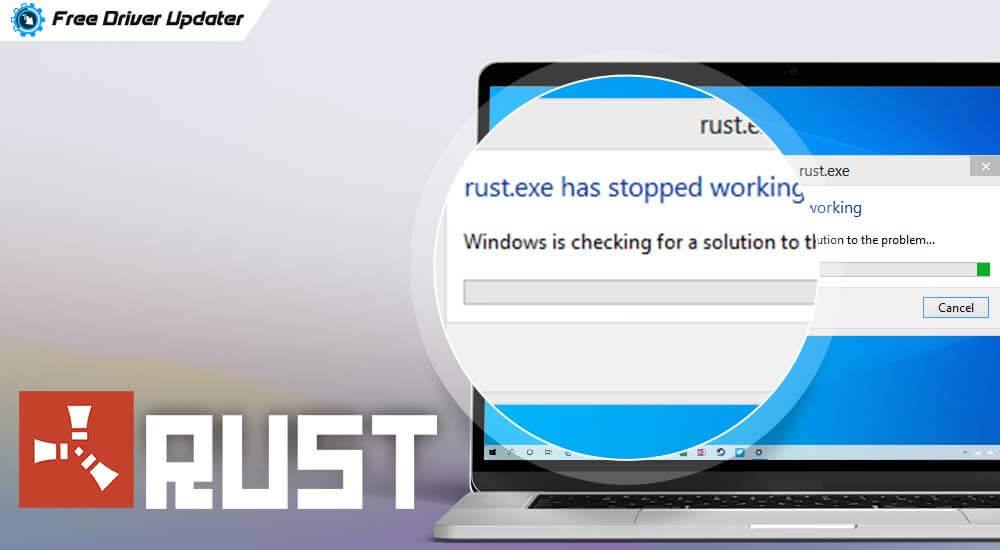 Does your Rust keep crashing every time? For a gamer, what can be worse than the crashing of Rust? The frustration and irritation one feels with the crashing of the game every time at start up or mid way can actually be rectified. Well, before we move on, let us know briefly as to “What is Rust” basically?

Rust is a “multiplayer only survival video game” developed and designed by Facepunch Studios that aims at survival in the wilds with some looted or accumulated possessions. You have to look after yourself effectively, and save yourself from wild threats, hunger & thirst primarily. Combat and killing of wild animals that attack you is achieved through arms and ammunition. You might also try surviving by helping others in the process.

While playing the game on your personal computer, you will need to have some minimum system requirements for playing the game. We are here to know the problems as to why your Rust keeps crashing.

Make Sure Your PC Meets the Minimum System Requirements

Let us see what all you need minimally to prevent the Rust crashing issue.

Minimum System Requirements for Rush are:

You might have to go back and cross check with all the requirements after which we can find out why Rust keeps crashing?

Why Does Rust Keep Crashing?

Some reasons as to why your Rust keeps crashing includes the following:

How to Fix Rust Crashing?

Now, you know that you might have to fix it, given, Rust keeps freezing more often than expected. But how?

Here is a list of things you can try, but make sure you find the one that can work for you.

Fix 1: Stop All the Background Programs

There are certain programs which when run simultaneously might crash the Rust on startup or Rust keeps crashing while running along with other programs on your system. Thus, when you are on the game, stop unnecessary programs from running on the back end. 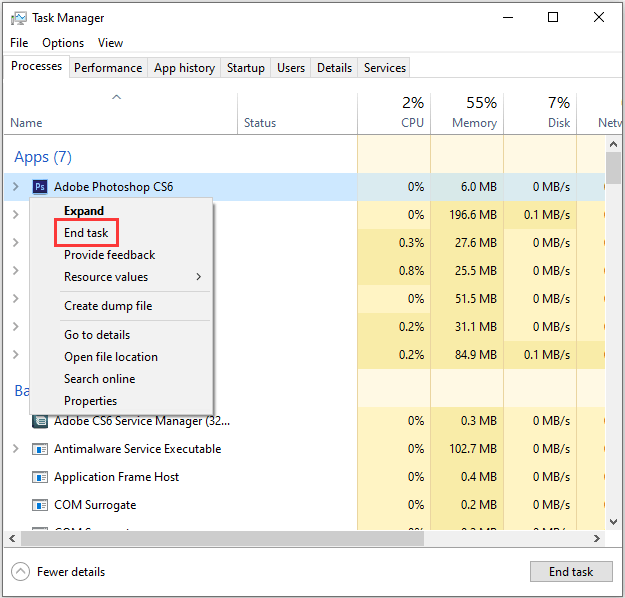 Also Know: How to Update Xbox One Controller Drivers for Windows 10?

Fix 2: Check If Your Game Files are Integrated Appropriately

Even now if your Rust keeps crashing, you must look into the below solutions. There could be a scenario where some of the game files might be missing in your system.

In order to rectify this problem, check if all your game files are well integrated into the system. If not, then try running the Steam on the system: 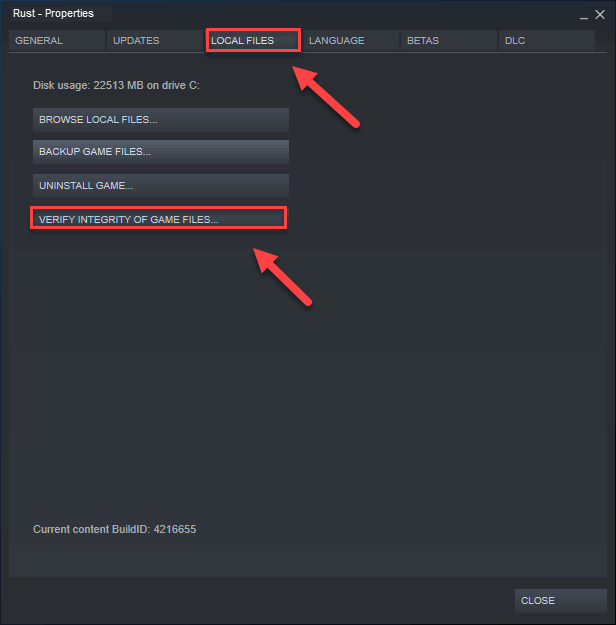 Does your Rust crashing issue persist? Try the below solution.

Power option on your system is mostly on “Balanced” naturally and you might find your Rust crashing, so all you have to do is change it to “High Performance” to prevent your system from crashing down.

Also Read: How To Fix “Origin Won’t Open” On Windows 10

Often there is trouble in the Graphic Card Driver. You can either do a manual or automatic driver update if your Rust still keeps crashing.

Search in the manufacturer’s website and search for your graphic card driver when Rust keeps freezing. Update it manually by choosing a compatible driver that can run on your Windows version.

Use Bit Driver Updater Tool to automatically run the updates if you are out of time for such jobs when Rust keeps freezing. 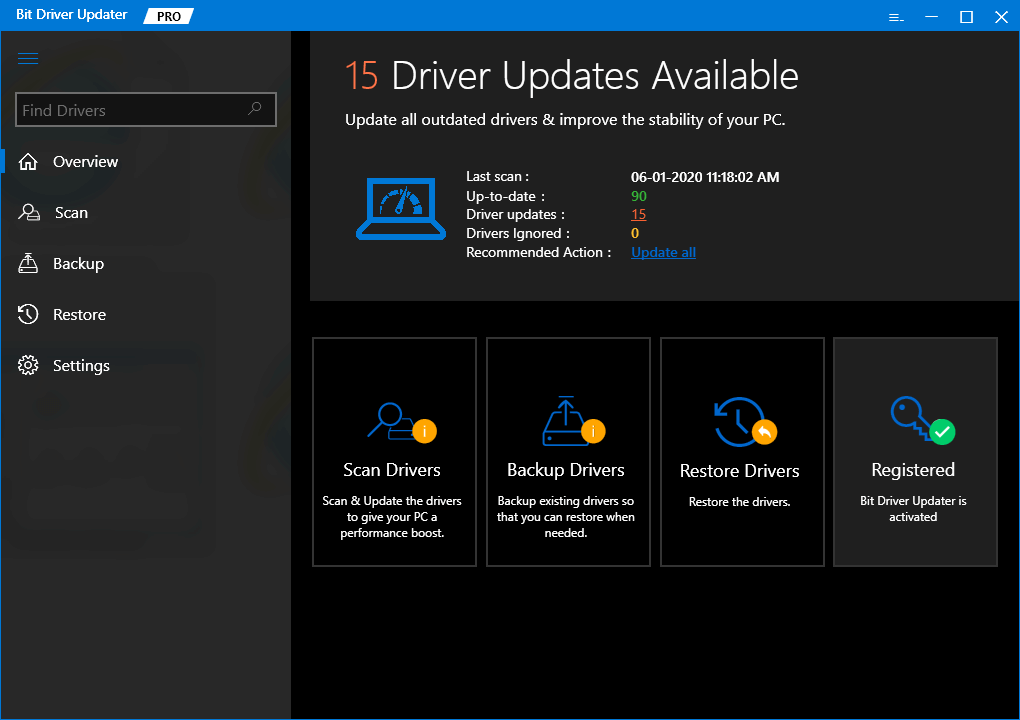 Bit Driver Updater Tool is one of the best free driver updater that can automatically update your system drivers whenever they become outdated or corrupt. Here is how you can update it:

To resolve the Rust crashing issue, simply update your outdated graphic driver via clicking the link below:

Fix 6: Try Running Steam on Your System in Administrator Mode

Due to Steam, Rust keeps crashing and sometimes, you might have to stop it. Just move out of the Steam beta and see if this fixes your problem.

If the internal settings of Rust are not working, Rust will keep crashing. Try to launch it in another way. 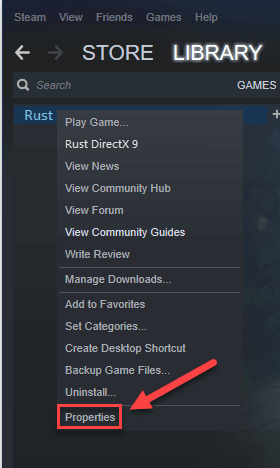 Okay there are some more ways by which you can prevent Rust from crashing.

Fix 9: Check the Integrity of the Game Files

Also Know: How to Fix “No Audio Output Device is Installed” Issue in Windows 10

Fix 10: Uninstall the Game and Then Install It Again

To Uninstall the Game Follow the Steps Below If Your Rust Keeps Crashing:

To Uninstall Steam When Your Rust keeps freezing:

To conclude, we can say that these are the few ways you can try to prevent the Rust from crashing. Hopefully you were able to solve the problem with this article.

If you’re still facing the issue after performing the aforementioned methods, we suggest you contact the Rust’s Game Developer‎: ‎Facepunch Studios for further assistance.